New Course: The Explanation of the Prophet's Prayer Described 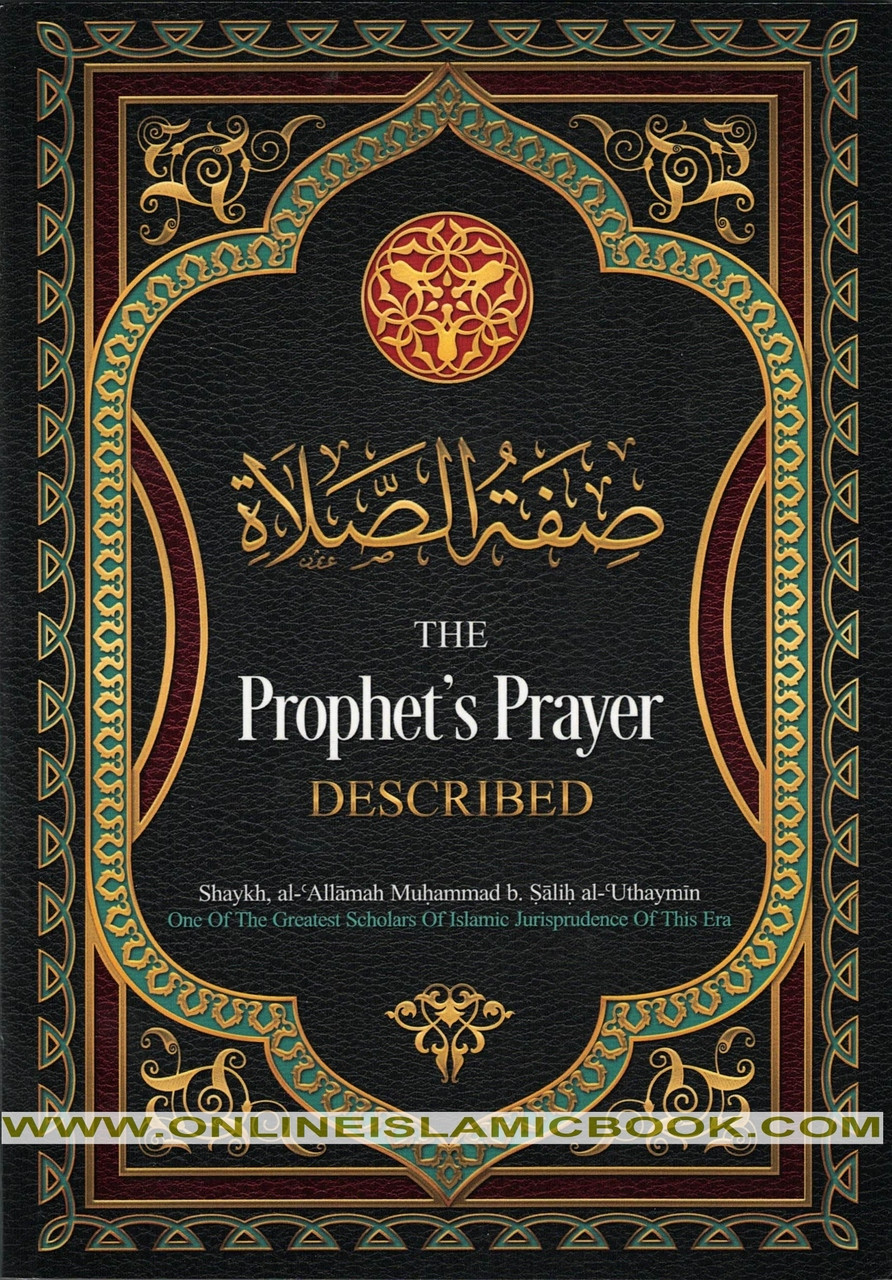 Al-hamdulillaahi rabbil’ālamīn that He has given us the tawfeeq to conclude our third intensive course with our Shaykh may Allāh preserve him and increase him with beneficial knowledge.

We would like to first start by apologizing for our disorganization throughout this course. Due to the lack of physical manpower and some miscommunication, we encountered a few technical problems in the audio/visual preparation/setup of the course.

We would like to address a few issues in this email, hopefully benefitting by way of advice. As the Prophet ﷺ said, “The religion is sincerity and sincere advice.”

Firstly, it has come to our attention that a few of the students have approached the shaykh and asked him to give a new class/course, barakaAllāhu fīkum. Although this would be of great benefit, this idea cannot be supported or entertained for several reasons as will be put forth. Firstly, there is the issue of the course registration fee, which many of the students (and they themselves know who they are and Allāh is The All-Knower and a Watcher over all of us) have not paid as of yet, not only for this course but the past 2 courses (The Book of Purification and The Book of Prayer - Part I). Allāhul-musta’an. This is a truly unfortunate situation when a promise of payment is made, however it is overlooked or not taken seriously especially when pertaining to an Islāmic subject (i.e. this course). Due to this lack of fulfilling a promise (which is seriously looked down upon in Islām), the administration feels shy to ask the shaykh to give any more classes. Although the students agreed to a contract by signing the registration form which stated the fee for the course, Darul-Ḥadīth has been very lenient in the method of payment as many of the students are/were on payment plans (delayed installments). Although, we may be able to overlook one or two students due to their situation, how can a person expect the shaykh to give us subsequent intensive courses when nearly more than 1/3 of the class did not/does not pay ? It is truly sad when it is some of the same students that are repeatedly doing this throughout the 3 courses that we had to offer. We realize that every one has a different situation, but is it fair to the students who actually struggled to raise the money and pay for the courses versus the students who are quite lax in remitting their payments? Both types of students have signed and agreed to the fee, and a delayed payment was allowed in various cases. But a delay for nearly 2 years? And they still have the audacity to take another course without paying for the previous one? Subḥānallah. The shaykh has kept his part of the contract in giving the course. Have some of the students kept their part of the bargain by promising to pay the fee and observing the rules?

So, are we now applying these aḥadīth in our daily lives even as we take an Islāmic course? What part of Islām is this from?

Secondly, we notice that the students who are asking the shaykh for another class are the same students who do not come forward to lift a single finger to help out with the setup/preparation throughout the course, when they know the situation of the lack of manpower as mentioned previously. Lifting/moving the finger does not only apply in the tashahhud of the prayer, but also outside of it in different situations (i.e. helping). Some of the students were informed of this before (in the past classes/courses), but it did not seem to have any effect on them. So the onus is left to only a few individuals to take on these tasks while they themselves have many other responsibilities.

Allāh tells us in the Qurʾān to help one another in al-birr wat-taqwá (piety and awareness) not al-ithm wal-‘udwaan (sin and transgression). How is this helping in al-birr and at-taqwá?

The prophet ﷺ ) said in a ḥadīth collected by Muslim narrated by Abū Hurayrah that, ”whoever relieves a believer of an anxiety from the anxieties of this life, Allāh will relieve him of an anxiety from the anxieties of the of the day of resurrection and whoever make things easy for the mu’sir (the one in financial straights not able to repay his debts), Allāh will make things easy for him in this life and the next, and Allāh supports the slave when the slave supports his brother.“

So based on the above ḥadīth, leniency has been given to repay the debt for some of the students, however, the anxieties are only removed by the help of Allāh. Does the administration continuously need to ask? Or should they start begging? Allāhul-musta’an.

Thirdly, there is a manner in which suggestions, constructive criticism and recommendations are to be applied. The students who go directly to the shaykh and ask him about future courses should realize that there is an administrative committee for Darul-Ḥadīth. It is only from good manners and professionalism that the shaykh is not swarmed about a new course when the admin should be consulted in these affairs first. The admin will then discuss the issue with the shaykh. In no way we are saying that the admin is perfect, in fact we admit our shortcomings, but help us to help you. Due to the lack of physical help we are sometimes unable to do things in an organized and efficient manner. Make it easy for us to make it easy for you. Everyone will benefit bi-idhnillah.

From the above points, we seem to be lacking in a few ways of dealing with one another as muslims, which is truly unfortunate, especially when claiming to follow the Sunnah of our Prophet ﷺ. It is as Shaykh al-Albānī said about at-taṣfiyah wat-tarbiyyah: ”Knowledge is the vehicle for action and when a person learns and his knowledge is absolutely clear and the he does not act upon it, then it is extremely obvious that this knowledge will not bear any fruits. Thus, it is necessary that the action be linked with this knowledge.” Taken from ‘Tasfiya & Tarbiya’ - Purification & Cultivation and the need which the muslims have for them, by Shaykh Nāṣir al-dīn Al-Albānī (raḥimahullāh), pg. 45, published by Ar-Risala.

So now how is it that other organizations (whether related to dīn or dunyāh) are not plagued by these problems, but this organization is while it is apparently upon the truth?

May Allāh help us recitify our shortcomings, learn the dīn properly, implement it accordingly and not just memorize and sit on it.

Please direct any questions/comments regarding this course to [email protected] only.