The Existence of God 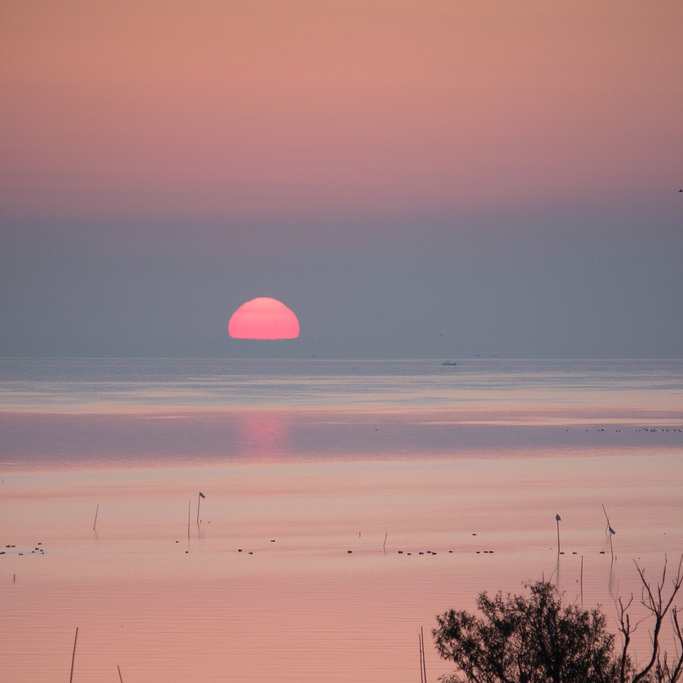 The concept of a Supreme Creator of the universe has been something, which the western world has been trying to prove or refute now for thousands of years. However, only in the past 200 years have the creme de la creme of western intellectuals, come to the conclusion that a GoḏCreator of the universe is and has been a figment of mans imagination. This conclusion was formed as a reaction to the beliefs and practices of Christianity, which was a major force in European life at this time. Beliefs such as that of the Trinity[1] and the divine nature of Jesus Christ, were so complicated to understand – even for the elite of the church – that eventually the idea of a supreme and perfect creator (which Christianity had distorted) was replaced by many new theories which tried to explain how mankind came about and developed. Many different theories were introduced to the western world, but one common trait, which they all shared, was that there was no Supreme force, which governed the universe.

So where does Islām come into all of this? Islām[2] is the one way of life, the one religion which until now has not been challenged successfully by any philosopher, atheist or intellectual. Rather the case has been the exact opposite and there have been thousands, if not millions, of so-called ‘atheists’ who have reverted back to Islām. So how does Islām explain the existence of this Supreme Creator?

Allāh says in his final revelation, the Qurʾān:

“Therefore turn your face steadfastly towards the true faith, away from all that which is false, in accordance with the Pure nature with which Allāh has Created people. Let there be no altering in the laws of Allāh’s Creation. This is surely the true religion, but most people do not know it.”[3]

The pure nature which is mentioned in this verse is probably the most convincing proof of a divine creator to any sincere seeker of truth. Which person can deny (atheist or otherwise) that when he/she is in dire trouble, when life is about to be taken away from them, when the pressures are unbearable – that then do they turn to that force above the skies. How many times are we confronted by a scenario in which the words: “Please God help me, and I promise that I will always pray to you and be good.” roll off our tongues with such sincerity? Every time something bad happens, words such as these come out of the people’s mouths. Yet as soon as the harm is removed the very same people beseeching the help of their creator, turn away:

“And whatever of blessings and good things you have, it is from Allāh. Then, when harm touches you, unto him you cry aloud for help. Yet no sooner does he remove your ills then some of you set up partners to their lord.”[4]

This pure nature which every human is born with is known as the Fiṭrah in the Arabic language. Every human being, man or woman is born with this natural instinct to recognize the Creator and turn to Him. This is proved by the ḥadīth[5] of the last messenger to mankind Muḥammad ﷺ who said:

“Every child is born upon the pure fiṭra, it is only his parents that later turn him into a Jew, a Christian, or a Magian.[6] ” [7]

In fact if humans were not influenced by their societal pressures then their belief in the Creator would be distinct and clearly visible. But unfortunately this is not the case, and there exists in all non-Muslim societies a clear trend to distort the nature of human beings. One of the ways in which this is done in western societies is through the education system and its institutions. Western education is based around a whole body of secular thought which has no place for a Creator. In science lessons kids are taught that we are the ancestors of monkeys and apes and that this implies that we came about by pure chance.[8] In subjects such as psychology and sociology we are taught that religion is a tool of the privileged few who oppress the downtrodden majority.[9] This form of education has also unfortunately influenced the Muslims, and we find it very common nowadays to see the likes of the ʿAbd Allāh’s’ and the ‘Fāṭima’s’ of western society proclaiming that they do not believe in God.

The Beauty of creation

Allāh says in the Qurʾān:

“Verily in the creation of the heavens and the earth, in the alternation of night and day, in the sailing of the ships through the ocean for the profit of the people, in the water which Allāh sends down from the skies reviving with it the dead earth and dispersing over it all kinds of beasts, in the change of the winds, and in the clouds that run their appointed courses between heaven and earth: In all of this, indeed there are signs for people of understanding.”[10]

SubḥānAllāh![11] How beautiful and accurate this verse is. Is it not true that when we look at the world around us we see such beauty and craftsmanship. Surely such excellence could not have come about by chance. Everything in this world and universe runs on a set course and pattern, so how is it possible then, that by pure chance everything in this universe was created with such skill and precision?

The wonders of nature are absolutely astounding, the wind, the rain, the hail and the snow were all products of chance, then why is it that mankind, with all his technological know how, cannot even divert the softest of breezes which blows through the trees in summer? The answer is obvious. All these natural elements are aspects of Allāh’s Creation and he alone can control and manipulate them as he wills.

In fact the Creation of Allāh is so perfect that even if we try to detect a fault in it, then we will not succeed:

“Blessed he He to Whom all sovereignty belongs; He has power over all things. He Who created death and life that He may test which of you is best in deed. He is the taʿalá, the Oft-forgiving. He Who Created the seven heavens one above another. You can see no fault in the Creation of the Bestower of Mercy. Turn up your eyes: Can you detect a single flaw? Look once more, and yet again: Your sight will in the end grow humbled and weary.”[12]

It is not just the seas, the mountains, the rivers and the skies which are a proof for the existence of our Creator, but also ourselves. Allāh says in the Qurʾān:

“On the earth are signs visible to all who have faith with certainty, just as there are signs within your ownselves. Will you then not see?”[13]

The variety of humanity is indeed amazing, black and white, tall and short, fat and thin, good and evil, man and woman etc. etc. How many times have we considered the complex makeup of our bodies both physical and mental and found it to be completely beyond belief. It is known that if the intestines of a human being were taken out of the body, they would be so long that they could cover the entire area of a tennis court!

But when we think about these long intestines being inside of us, it astounds and amazes us. The human brain is thought to be more powerful that any mainframe computer on earth, whilst the eye is said to be more complex and structured then any telescope invented by man. The human mind is something which is still undiscovered by psychologists and psychiatrists, and the nature of our dreams and thoughts is something which these people will probably never unravel. So we should ask ourselves, is it still possible for such a complex being such as ourselves, to be a mere product of chance, or rather, are we products of a supreme and skillful creator, who has shown us that he really is Al-Khaliq[14]?

Yet despite our complicated and intricate makeup, our comparison to the Creator is not even possible. Mankind with his level of technology has gained the impression that he is the most supreme being in this universe. Yet when we look at examples of western society we see that these same humans who claim such superiority, cannot even maintain basic standards of hygiene! Washing the body-parts after urinating or excreting has almost become a sin for many people in the west, yet at the same time these people are the very same who claim technological advancement! Maybe if they believed in a Creator, the basics of life would perchance return to them, just as they have returned to the Muslims.

The proofs for the existence of a creator are so numerous that it would take us a very long time to go through every single one. So finally we should remember, that the creation of humanity was neither an accident, nor a development from monkey to man. Rather it was the creation of Allāh the Most High, the Most Perfect, who reminds us of the stupidity of those who claim that He did not create us:

“Were they created of nothing? or were they perchance, their own creators? or did they create the heavens and the earth? surely they have no firm belief.”[15]

[1] The belief that the Father (God), the son (Jesus) and the Holy spirit (?) are all parts of one God, despite the fact that they are 3 separate entities!! To this very day millions of Christians are still unable to understand this belief, which is one of the reasons why it has even been thrown out of some versions of the Bible.

[2] The meaning of Islām is to ‘sincerely submit your will, to the will of Allāh (God)’.

[6] A Magian is another word for a fire worshipper

[9] This is the view of the German scientist Karl Marx

[11] Glory be to Allāh who is free form any imperfection.

[14] The supreme creator: This is one of the many attributes of Allāh.